Turkish expats on perks, downsides of life in Kyiv

They moved to Kyiv from the three biggest Turkish cities: warm Izmir, windy Istanbul and the Turkish capital of Ankara. For one of them, Kyiv was love at first sight, while the others disliked the Ukrainian capital at first but grew fond over time.

Meet three Turkish expatriates who, after having their share of good and bad experiences, decided to stay in Kyiv, along with 15,000 other Turkish citizens living in Ukraine.

When Burak Pehlivan came to the Ukrainian capital in the winter of 2004 on a business trip, his first impression wasn’t good. It was late and dark outside when a driver brought Pehlivan from the airport to the Soviet-like city outskirts.

However, he changed his mind the very next day, when he saw Kyiv in daylight. Pehlivan thought that he could settle here, which he did five years later. He has been living in Kyiv permanently since 2009, when he decided to start his own business with his Ukrainian business partner.

Pehlivan says there are a few misconceptions about Turkey, and one of them concerns the weather.

“Many people think Turkey is much warmer than Ukraine, when in fact the weather in Istanbul and Kyiv is similar, and although Kyiv is colder, Istanbul is windier,” Pehlivan says, adding that cold Ukrainian winters aren’t a problem for him.

Pehlivan also says that Istanbul never sleeps and “people sometimes work even on vacations and have fewer holidays,” while Kyiv’s lifestyle seems slower and less stressful to him.

He pays special attention to restaurants and how drastically they have changed in the 13 years that have passed since his first visit.

“I remember in 2004 restaurants were expensive and waiters were rude, but now Kyiv cafes are cozy, more affordable, and the staff is polite.”

What he does not like in Ukraine is the bureaucracy. But Pehlivan adds that “this problem exists all around the world.”

He also believes that the Turkish and Ukrainian mentality are similar, which is why people from these two countries will always get along. 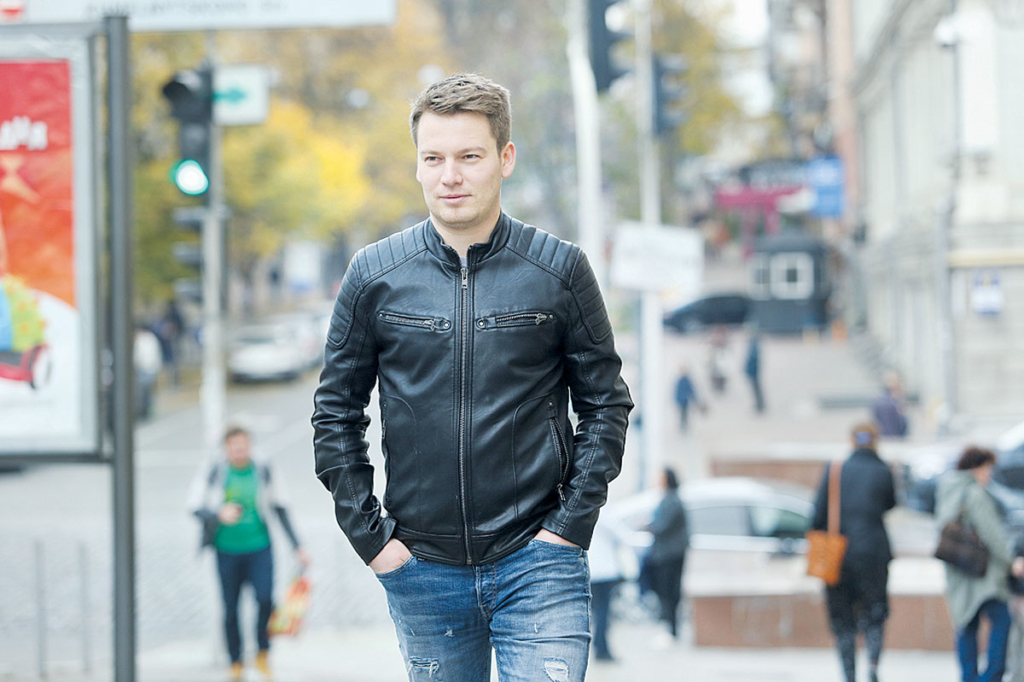 Utku Feruz was born in Izmir, a city on the Aegean Sea with lots of seafood and warm weather all year long. Before coming to Ukraine in 2011 for a job opportunity, he lived for two years in Los Angeles. So at first it was hard to adjust to a totally new climate, language and culture.

But after three years, when Feruz accepted a job offer in Turkey, and it was time to leave Kyiv, he wasn’t excited about leaving Ukraine.

“In 2014, the economy in Ukraine wasn’t stable, the national currency went up and down, and I was invited to work in Turkey,” Feruz recalls. “But I tried to postpone the decision to leave for as long as possible.”

Due to the shaky political situation and street protests, many of his Turkish friends left at that time. But Feruz insists that he left not because he didn’t feel safe in Kyiv, but due to an alluring job offer and adds that “I always felt safe in Kyiv, even during the EuroMaidan protests.”

That’s why, when he was invited to work back in Kyiv, he did not hesitate for long before saying yes.

Coming back to Ukraine in October 2016, Feruz was surprised by how much the city had changed.

Feruz likes Kyiv’s lifestyle: he plays in a rock band in Kyiv pubs, jogs in Kyiv parks, follows Ukrainian football team, is dating a Ukrainian woman and is considering getting married. He says people in Kyiv are very friendly.

Comparing Izmir and Kyiv, he points out that both of the cities have positive and negative sides.

“The banking system in Kyiv is hard sometimes – in Turkey it is much simpler,” says Feruz, commenting on Kyiv’s drawbacks. “Clothes here are expensive, and Kyiv is filled with luxury cars that don’t follow road traffic rules.”

On the plus side, he said that beer in Kyiv is tasty, fitness clubs are cheap, Kyiv trains look better than in Turkey, and the city is filled with green zones. 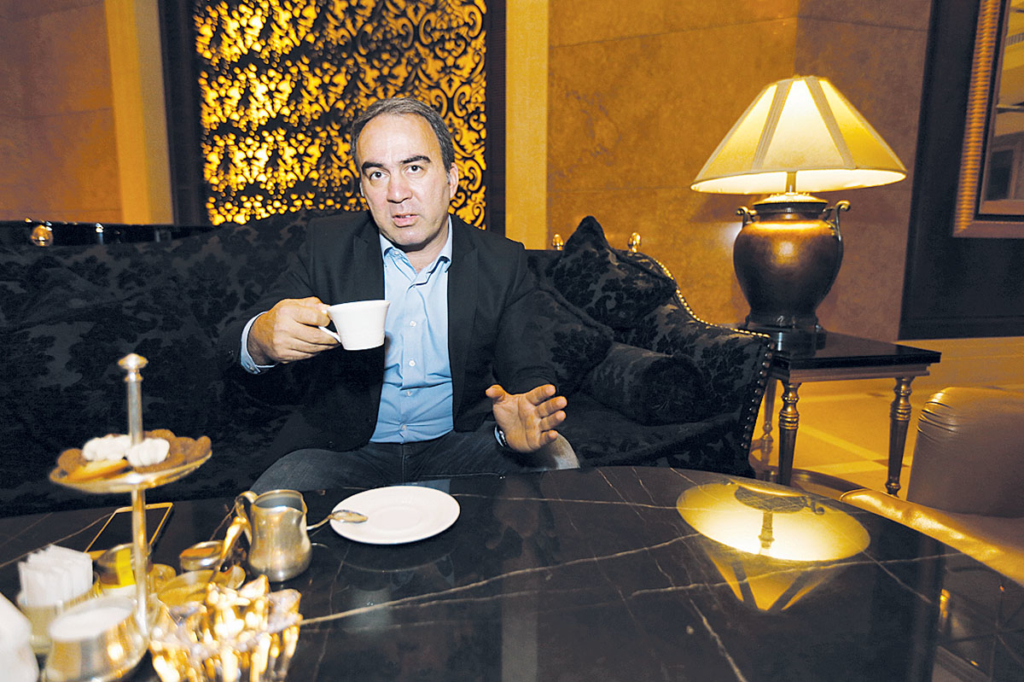 Ali Cura, the Kyiv correspondent of Turkish news agency Anadolu, drinks tea in the lobby of the Intercontinental Hotel in Kyiv on Oct. 25. Turks and Ukrainians have a lot in common, he says. (Kostyantyn Chernichkin)

When he saw Kyiv with his own eyes, Ali Cura was surprised how peaceful the Ukrainian capital was , and immediately liked the city.

Leaving Ankara to work in Kyiv, his perception of Ukraine was influenced by foreign media reports that the situation in Kyiv was not stable and people there were in danger.

“But life here goes on, Ukrainians work, study and take walks in parks, while in other countries people are convinced that Kyiv is a warzone.”

Cura believes that Ukrainians and Turkish people have a lot in common: both nations are friendly, open-minded and always try to come to the rescue.

“When I asked for directions to see Kyiv sightseeing spots, locals showed me where to go and insisted on accompanying me there.”

But he has had unpleasant moments too, and suffered from prejudice and stereotypes.

“I rented an apartment in Kyiv, and one of my neighbors once confronted me near a doorway and started to ask all kinds of questions and even demanded to show my passport,” recalls Cura. “When I asked why he was interrogating me, the man answered that he was worried about the safety in the building.”

This situation showed Cura that his neighbor perceived him as a threat and that Ukrainians still have certain prejudices against foreigners, imposed on them by the Soviet era.

Still, he likes living in Ukraine, likes the food, and does not regret coming to Kyiv.