Interviewed by James Brooke, editor in chief of the Ukraine Business Journal(UBJ) at the TUID.

Overshadowed by Europe’s opening, Ukraine’s trade and investment is booming with Turkey, a nation with half of Russia’s GDP

KYIV – When President Petro Poroshenko flies across the Black Sea next week to Turkey, it will be his third trip there in 14 months.

This frequency reflects fast growing travel, trade and investment between Turkey and Ukraine, a relationship that is often obscured by Ukraine’s focus on Europe.

“Turkish Airlines now has 50 flights a week to Ukraine – it is ready to fly 100,” Burak Pehlivan, chairman of TUID, the International Ukrainian Turkish Businessmen Association, said in an interview in advance of Poroshenko’s visit. Flying from Istanbul to six Ukrainian cities, Turkish has the second largest number of flights to Ukraine, after Ukrainian International Airlines.

With two other Turkish airlines, Pegasus and Atlas, flying between Turkey and Ukraine, the number of Ukrainians visiting Turkey shot up by 54 percent last year, topping 1 million. The number of Turks visiting Ukraine hit 220.000 . 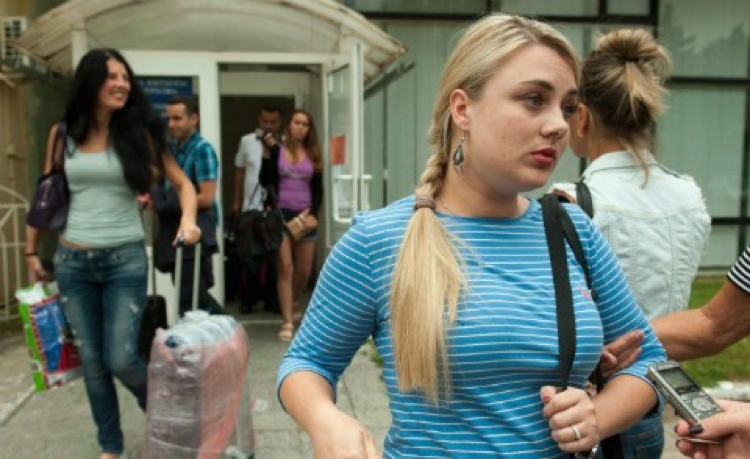 Cross Black Sea travel gets another boost next month when a passport-free travel regime goes into effect between the two countries. Turks and Ukrainians will be able to visit each other’s countries with only biometric national identity cards.

While all media publicity this week is on Ukraine winning visa-free travel to most of Europe, Ukraine is getting essentially the same deal with their southern maritime neighbor, Turkey, a nation of 80 million and an economy half the size of Russia’s.

Believing that business follows tourism, Prime Minister Volodymyr Groysman signed the deal two months ago, when he flew to Istanbul to inaugurate a Turkey-Ukraine Business forum.

“We hope the FTA between Turkey and Ukraine will be ready by the end of this year,” Pehlivan said, referring to a free trade pact that was first proposed a decade ago.

“Why do Turks invest in Ukraine?” asked Pehlivan, whose group has 200 company members. “Instability in neighbor countries of Turkey, the FTA with Europe, and a Turkish minimum wage that is three times higher than here, although there are educated and well-skilled workforce in Ukraine.”

Ukraine’s powerful farm lobby derailed free trade talks for a while, arguing that Turkey should open up its food market to all imports from Ukraine. But Ukraine’s FTA with Europe did not allow for that. Advocates of the Ukraine-Turkey FTA seem to be carrying the day.

Despite such obstacles, Turkish business interest grows with Ukraine.

A TUID/Lviv Region investment conference last month drew 80 Turkish companies. Facilitating Turkish participation, Turkish, Pegasus and Atlas airlines have a total of two flights a day making the two hour flight from Istanbul to Lviv. Turkish interest in Ukraine is broad, as reflected in the structure of TUID. It has regional offices in Lviv, Kherson, Odesa, Vinnytsia, and Zaporozhye.

In European eyes, Ukraine is often stereotyped as a war-wracked nation, due to the separatist conflict in the nation’s far southeast corner, near Russia. But, compared to Turkey’s other neighbors, Ukraine is an island of stability.

Turkey does not diplomatic relations with Armenia to the East, Cyprus and Syria to the South. Turkey is at war with Kurdish armed groups and has strained relations with Iraq and Iran.

In a plus for closer economic relations, Turkey and Ukraine share a common strategic goal: blocking Russian ambitions to turn the Black Sea into a Russian lake.

Last year, Turkey’s President Recep Tayyip Erdoğan told Poroshenko that Turkey would not recognize Russia’s 2014 annexation of Crimea, calling it “Crimea’s occupation.” Six month ago, January 2017 Turkey’s Foreign Minister Mevlüt Çavuşoğlu upheld this policy, saying: “We do not recognize the annexation of the lands of Ukraine.”

With strategic interests aligning, the leaders of Turkey and Ukraine have recently signed documents to promote joint development of weapons, one of Ukraine’s major export industries.